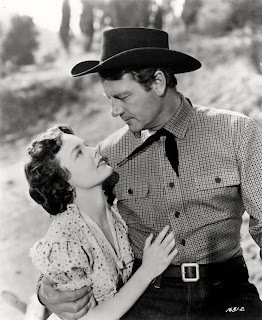 Joel McCrea (1905-1990) was an American actor who made movies for more than 50 years.  While still in high school he began working as a stunt double, and handled horses for cowboy actors Tom Mix and Bill Hart.

He got his first leading role in 1929 -- just as sound was being ushered in -- and by 1930 he was under contract with RKO where his versatility won him lead roles in everything from drama to comedy.

McCrea was probably best known for his cowboy roles, and was quoted saying, "I always felt so much more comfortable in the Western. The minute I got a horse and a hat and a pair of boots on, I felt easier. I didn't feel like I was an actor anymore.  I felt like I was the guy out there doing it." -- TCM Movie Database

He made more than 90 films, but just a handful were lensed at Santa Susana locations: 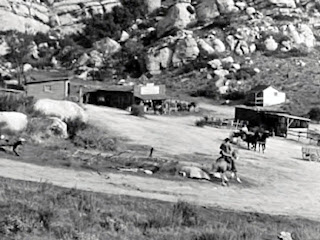 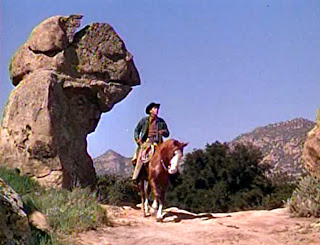 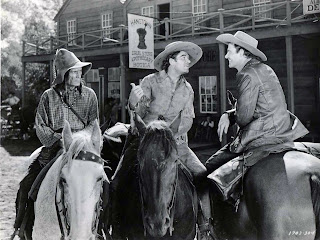 Posted by Drifting Cowboy at 8:00 AM