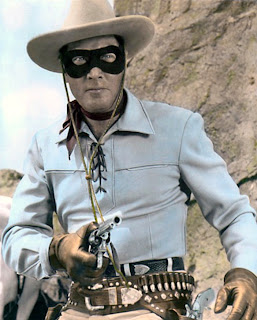 This film is a color B+ Western based on the "The Lone Ranger" television series, starring Clayton Moore, Jay Silverheels and Michael Ansara.  It was the first of two feature films made in the 1950s based on the TV series, the second was The Lone Ranger and the Lost City of Gold (1958).

The Lone Ranger (1956) was directed by Stuart Heisler, and was filmed mostly at the Kanab Movie Ranch in Utah. 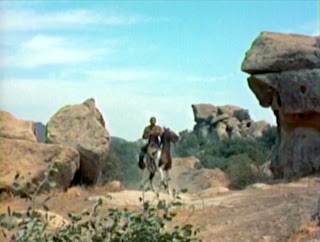 But, it has a few good outdoor scenes lensed at Bronson Cave, Chatsworth's Iverson Ranch and Corriganville. 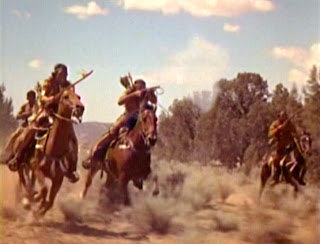 A Southwestern territorial governor has asked the Lone Ranger to investigate mysterious raids on white settlers by Native Americans who ride with saddles (screenshot above). 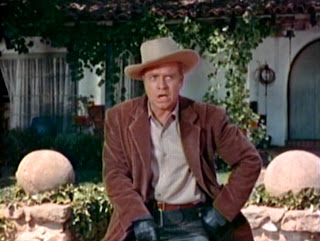 A greedy rancher Reese Kilgore (Lyle Bettger - screenshot above) is trying to expand his ranch to include Spirit Mountain which is sacred the Indians. 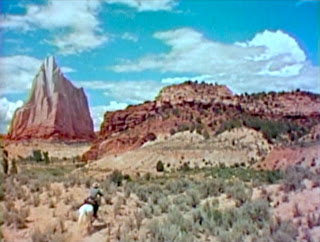 The Lone Ranger discovers that Kilgore is trying to start a war between settlers and the Indians to scare settlers away because he has discovered rich silver deposits on Spirit Mountain (screenshot above left).  Spirit Mountain is actually a matte painting (on glass) that was added to the scene. 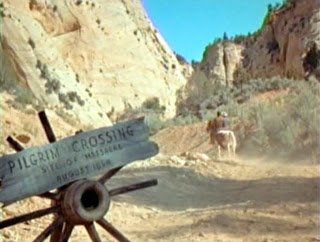 The Masked Man and his faithful Indian companion ride in to hopefully stop a conflict between settlers and the Indians (screenshot above). 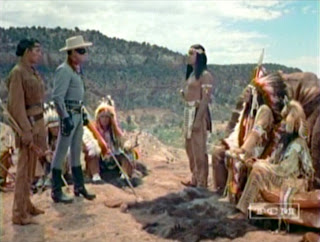 All in all The Lone Ranger (1956) is a highly entertaining Western movie that isn't nearly as hokey as some of the television episodes.

Best of all it has all the components that made the TV series a success: 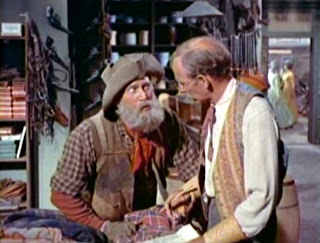 The "William Tell Overture" by Gioachino Rossini is played in background over the opening credits.

Clayton Moore once again dons his old prospector disguise as he did many times in the TV series (screenshot above). 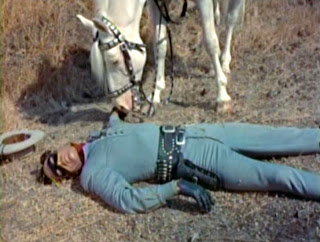 The Lone Ranger's trusty horse Silver rescues him after he is wounded by outlaws (screenshot above). 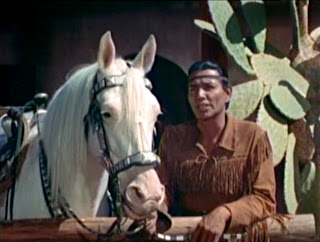 And, as in the television series, Tonto always shows up just in the nick of time when he is most needed. 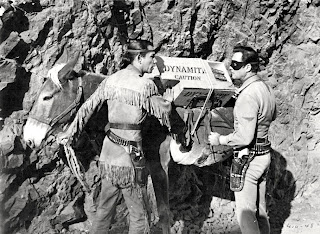 The film has all the explosive action you could want in a good Lone Ranger yarn. 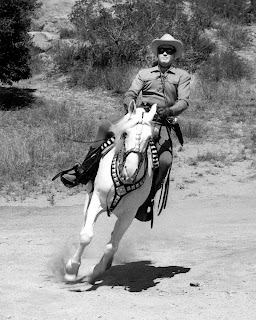 Clayton Moore (above) as The Lone Ranger 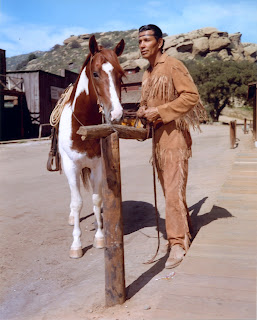 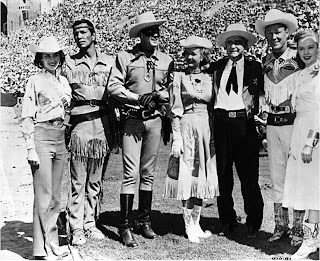 This was one of my favorite movies I remember seeing on the big screen as a youngster.  I was also at the Los Angeles Sheriff's Rodeo that year (1956) when fans were treated by visit from Roy Rogers, Dale Evans, The Lone Ranger and Tonto (photo above).  Yippy Yi Yea!

Posted by Drifting Cowboy at 8:06 AM