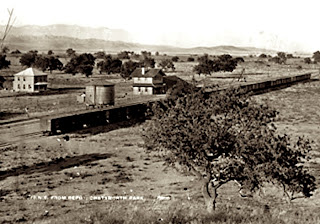 Chatsworth Park was the termination point of the old Los Angeles Railroad in the early 1890s. The station had a turntable that was used to maneuver a locomotive so it could head back to Los Angeles.  The earliest depot (photo above) had been constructed about 1893, but it burned down in 1917.

Fortunately a newer train station had been built in 1910 by the Southern Pacific Railroad.  That second depot (photo above) was located near Topanga Canyon Boulevard and Marilla Street, and was seen in plenty of movies.  It was finally razed in 1962, and was replaced by the present depot located between Devonshire and Lassen Streets.

The very first film in which Chatsworth trains appear was Cecil B. DeMille's The Squaw Man (1914)(screenshot above).  It was also the first feature length movie lensed in Chatsworth.

The screen capture above from Hoot Gibson's The Local Badman (1932) gives you a glimpse of the rural landscape surrounding the depot in the 1930s.

Check out this YouTube clip from The Local Badman to see more of what Chatsworth looked like in 1932: http://youtu.be/u4bzn-fRmA0 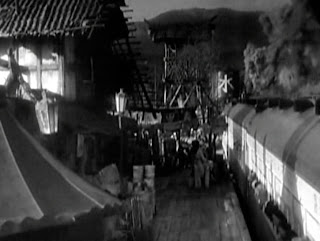 In the capture above from Shanghai Express (1932) you can just make out Chatsworth's Oat Mountain in the distance.  For this film the depot received an extreme make-over, so that it would appear to be located in China. 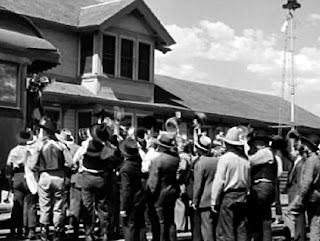 Here's a close-up of the depot as seen in a screenshot from Gene Autry's Rovin' Tumbleweeds (1939). 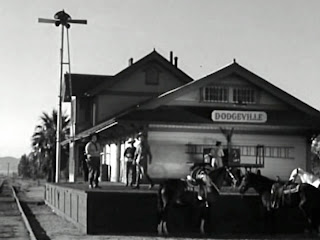 In Autry's Rancho Grande (1940) the sign on the Chatsworth depot was changed to read Dodgeville. 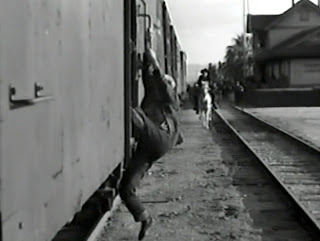 Hopalong Cassidy (William Boyd) races Topper along the tracks at the depot to make a daring rescue in Showdown (1940). 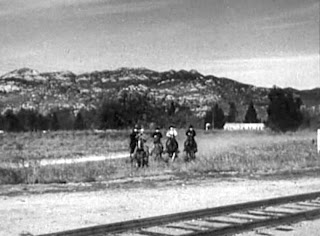 The sheriff and his pose arrive at the depot too late to arrest Roy and the boys in the screen capture from Utah (1945).  That's the Simi Hills west of Chatsworth in the background. 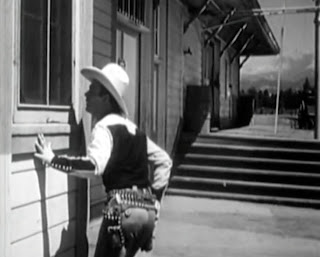 Roy Rogers is spying on bad guys in the depot's express office (above) in a scene from Heldorado (1946). 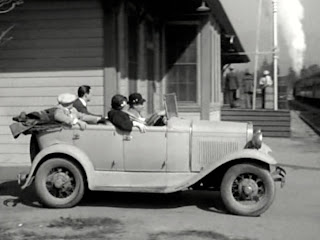 There are plenty of thrilling escapades in Ma and Pa Kettle on the Farm (1951).  In the screenshot above they have just arrived at Chatsworth's train station. 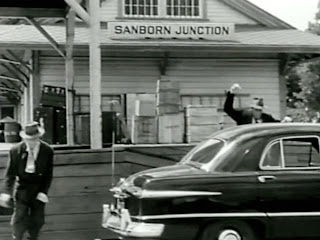 The depot was renamed Sanborn Junction for scenes in Republic's serial Government Agents vs Phantom Legion (1951). 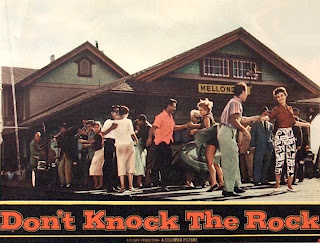 The Chatsworth depot became the Mellondale depot as teenagers' take over in this Rock 'N Roll flick titled Don't Knock the Rock (1956). 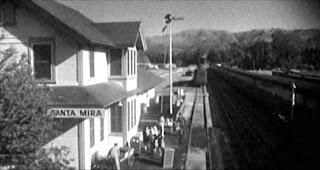 In the screenshot above from a scene in the horror film Invasion of the Body Snatchers (1956) you get a good look at the east side of the station with Oat Mountain to the north. 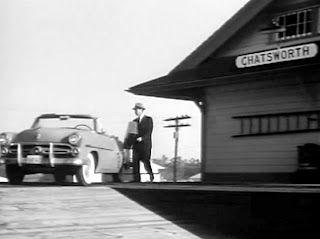 It's finally the Chatsworth depot in this capture from the "Highway Patrol" TV series (1957).  Thanks to the Chatsworth Historical Society for sharing this episode with me.

Posted by Drifting Cowboy at 8:59 AM