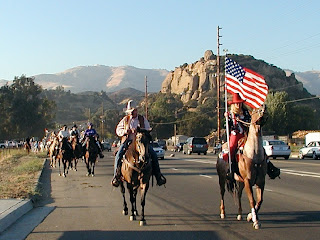 For me the 4th of July is a day when we celebrate the signing of the Declaration of Independence on July 4, 1776, and give thanks to those individuals whose sacrifice won us the Liberty and Freedom we enjoy today.

My mother's family was in colonial New England for 140 years before we won our independence from the British.

Each of the eleven generations that preceded her participated in some small way in the history of the United States of America, and added to the greatness of our nation as it is today.

Here's a look back at some earlier posts that examined their trials and tribulations...

Trust your neighbor, but keep your gun well oiled
http://a-drifting-cowboy.blogspot.com/2011/12/trust-your-neighbor-but-keep-your-gun_13.html

For my Iverson Movie Ranch fans

I'm happy to tell you that at least one film lensed in Chatsworth was about America's struggle for freedom…  The Last of the Mohicans (1932) starring Harry Carey, Hobart Bosworth and Frank Coghlan Jr. is a Mascot serial filmed on the Iverson Ranch.

During the French and Indian War Hawk-Eye, a frontiersman in the American wilderness, and his Indian friends Chingachgook and Uncas fight French soldiers and their cruel Indian ally Magua.


Posted by Drifting Cowboy at 9:50 AM