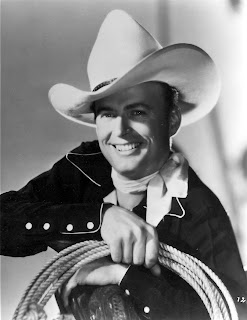 Bob Baker (1910–1975) was an American singing cowboy star.  Baker made an initial name for himself on radio.  He got a movie break with an audition for Universal (on the lookout for its own Gene Autry), beating out such other singing cowboy hopefuls as Roy Rogers.

Riding his paint horse Apache, he made nine oaters in 1938 and in 1939 was ranked in the "Top Ten Western Stars."  In 1939, Universal decided to form a movie trio partnering Baker with Johnny Mack Brown and Fuzzy Knight.  Baker's career started to fade in the early 1940s, and by 1942 he was appearing in supporting parts.  During his brief career he appeared in 25 titles. 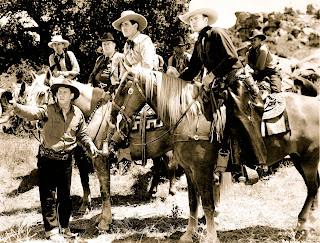 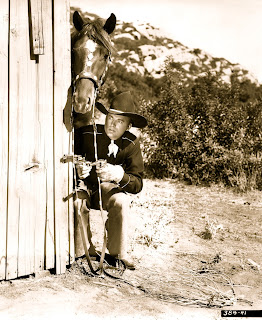 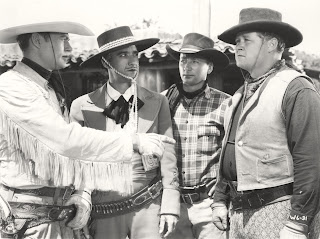 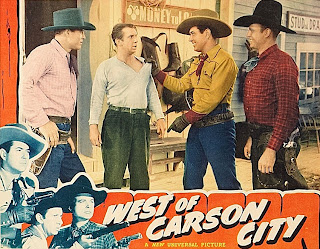 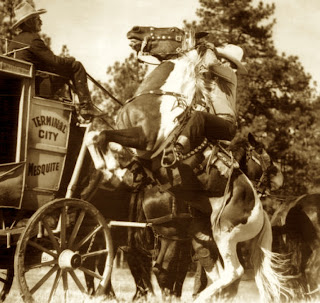 Posted by Drifting Cowboy at 7:36 AM