Cowboy Legacy -- Be all you can 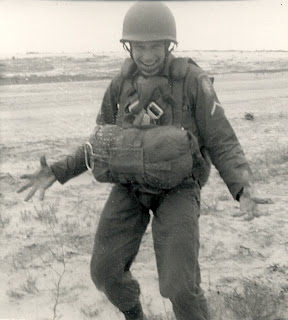 I was a member of the Seventh Special Forces Group (Airborne) in the early 1960s.  When I was 20 years old jumping out of an airplane seemed like a good idea.  It was quite a thrill to jump out the door and get swept away by a 125 mph prop blast.  Four seconds later, it was just a serene trip to the drop zone--that is if it wasn't windy. 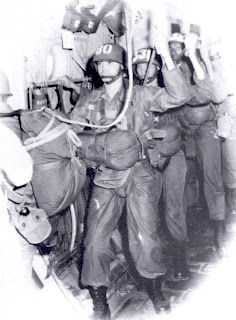 I never jumped in one of the modern free-fall parachutes.  We used a static-line that opened the parachute when you exited the aircraft.  Those old T-10 parachutes pretty much went where the wind pushed them.  We could "slip" by pulling on the risers, but from 1200 feet you couldn't go far in any direction. 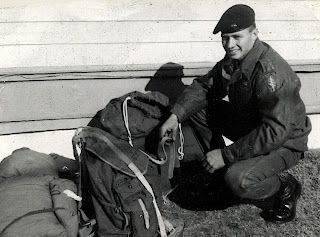 I was stationed at Fort Ord, California when the Cuban missile crisis occurred.  I was so ill prepared, it scared the heck out of me, so I volunteered to join special forces so I would be better trained in the event of a war. 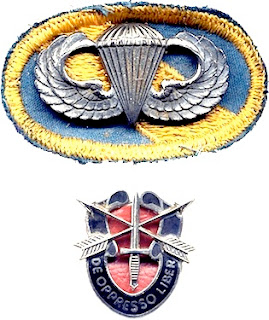 After going to parachute "jump school" at Fort Benning, Georgia, I was stationed at Fort Bragg, North Carolina, where I spent the next two years.  I was discharged in December, 1964.  Looking back I was very fortunate not to have been deployed to  Vietnam, a war that was one of this country's biggest regrets.  At least I served with the best the Army could produce.
Posted by Drifting Cowboy at 2:51 PM